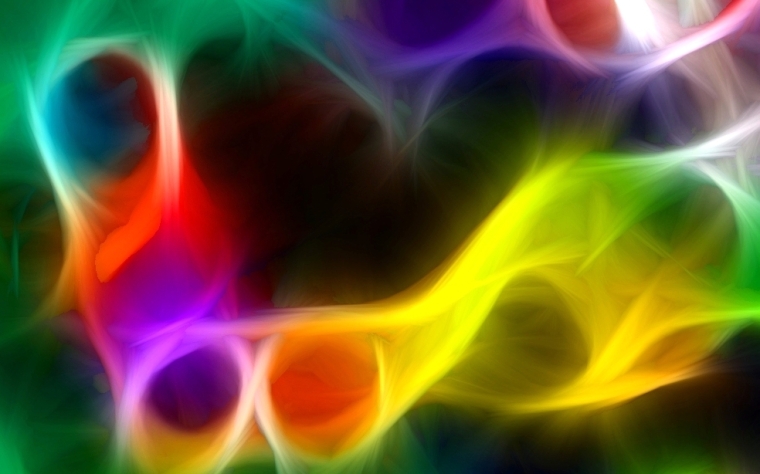 I’ve pretty much given up on people understanding chronic pain and fatigue and exactly what a chronic illness is.  I’ve come to understand most people just can’t fathom what my life is really like.  I have learned to accept that.

When I got sick, I became severely neurologically compromised from Lyme and FM.  I could not get out of bed due to extreme fatigue.  I couldn’t think clearly, I couldn’t find the words I wanted to say.  I was extremely sensitive to any kind of input of sound.  It overwhelmed me.  It made me feel like my brain was going to explode.  My reaction to prolonged talking, a noise or any kind of input was to sometimes start screaming.  I couldn’t  help it.  It was how I reacted.  My brain was on some kind of overdrive.  I had no control over what it did.

I also cried a lot.  I would be in the middle of a conversation and cry.  I cried from deep, deep grief of losing every single facet of my life.

The pain was unbearable.  It was down my entire left side.  From the top of my head to bottom of my feet.  It started in my head, then into my neck, mouth, and teeth.

Down my left arm and into my fingers.  It hurt to touch anything.  The pain continued down the side of my body, into my hips, butt, thigh, calf and foot.  It left no part of my left side untouched.  It was so bad that on some days I could barely walk because of the pain on the bottom of my foot.

I literally was too fatigued to get out of bed.

The only thing left of me, Kerry, was this horrid chronic disease.

I used to want people to understand what was wrong with me.  It used to hurt that people looked askance when I would mention the illnesses I have.  They seemed to get very uncomfortable.

I have come to learn that in this society, you can get sick and get well and people understand.  Get sick and die, they totally understand.  But get sick and stay sick?  Un huh.  No way.  Chronic illness is just not understood.  Therefore, I believe it causes people to become fearful.  What people don’t understand, they fear is the conclusion I have reached.

When I first became ill, I assumed everyone would want to help me, be comforting and caring.

Just about all friends and family just left my life.  They walked out.  While walking out, they did manage to stop and say screw you.

I was shocked.  Some of these so-called friends I had known for over 20 years.  I had been there for them over the years.  The family members walking out was unbelievable.  Not even my mother understood or seemed to care.

When I had to quit work, my co-workers did not understand at all.  I had been excellent at what I did.  Yet, my work had deteriorated due to the neurological impairments caused by FM-CFS and Lyme.  I could barely show up to work due to fatigue, let alone do any work.

None of my co-workers seemed to comprehend how very sick I was.  No one wanted to hear about what little I knew of the illness at that time; that there was something wrong with my brain and I was severely fatigued.

But my family.  Wow.  I mean, your family is supposed to be there, understanding, right?  Nope, not mine.  My father developed an illness very similar to Alzheimer’s when I was 24..  I totally showed up and supported my mother during that time.  Almost every weekend for many years, there I was, at home, 60 miles away, helping out.  When my grandmother needed surgeries during this time, there I was at my mother’s side.  My aunt, who never showed up to help with her mother, used to sing my praises about what a rock I was for my mother

Where was mother when I got sick?  Doubting, contemptuous not there.

What about the aunt that thought I had been so great?  Who, herself, had asked things from me.  She never wrote, never phoned.  Gone.  The uncle just yelled at me.

I’ll interject here that thank God, for my husband.  I had handled most of the details of our marriage.  Finances, planning, cooking and so on.  He really came to the plate and was supportive.  It took a awhile for him to come out of shock.  It took him some time to understand, but ultimately he did.  He’s been like a rock.  In this, I am so blessed.

As the years went by, I repeatedly ran into doctors who couldn’t or wouldn’t understand.

Even the couple of friends that stayed around were uncomfortable around me and pulled back.

I thought about this for years.  What was going on with these people?  Had I made disastrous choices in friends?  Were family member cruel?  How could I, Kerry, have chosen hard, cold, uncaring people for friends?  I’m not like that, how could my friends be like that?

Most people are uncomfortable around those whose neurological functioning is not normal.  It puts them off because they don’t understand.  Additionally, I didn’t look as fatigued as I was.  People don’t seem to understand an illness without a solution.  People who are not in chronic pain or don’t have a chronic illness, seem to have no understanding of how debilitating it is.

When I became ill, little was known of FM-CFS.  Doctors had barely heard of it.  None of my family or friends had ever heard of it.  Initially there were a lot of articles, especially within the medical community, saying that these diseases were all in the head of the sick person.  So there was no information for friends and family to refer to.  They became suspicious of me.

The doctors diagnosed me with organic brain disease, which I didn’t have.  I would tell them that I could figure out how to install a DVD and do logic puzzles on the computer.  A person with organic brain disease cannot do these things.  They shrugged me off and believed I had what my father had.  Doctors were desperate to put me in a box that they understood and were comfortable with.

I now know that because I don’t look as sick as I am, people have a hard time comprehending how sick I am.  I finally came to understand I frightened people.

I frightened everyone.  Me, loving, caring Kerry.

I got angry.  I copped an attitude towards everybody.  I was enraged down to the very core of my being.  I’m sick, where is your head and your heart?

I had done medical research and figured out what was wrong with me.  Why didn’t anyone listen?  I did medical research at work, people believed me there.  All the doctors or friends and family had to do was look up CFS-FM.  I was a text-book case.

Years went passing by.  I never was present at Christmas or Thanksgiving.  Did anyone call and say, they were sorry I wasn’t there or wish me Merry Christmas?  No, frightened, not understanding.

I became hateful, negative, filled with resentment and depressed.  Here I was trying to cope with a deep grief, and now I was filled with all these negative emotions directed at everyone.

I passed on hating God.  I decided to put the God thing on the back burner and just say, “OK, I know you’re there, but I don’t understand.”

I was miserable, physically, spiritually and emotionally.

Frightened.  I started pondering this.  Why were they frightened?  They didn’t understand.  They didn’t  know what to do, so they did nothing.  A poor choice, in my opinion.  But a choice that a lot of people make in this situation.

I slowly came to understand that I had not picked out the world’s worst friends.  I did not have the cruelest family in the world.  I realized these people were human beings, with flaws.  They just didn’t know what to do and were frightened of me, of what these illnesses had turned me into.  They no longer knew who I was.

The Kerry who had been was a high achiever.  I did very well at what I attempted.  In an emergency, I was always the one with the cool head.  I always knew what to do.  I could tell people how to respond.  I always did the planning for group gatherings.  I was doing textile art and selling it.  I had recently been invited to join a group of women who had a textile art group by invitation only.  I was in shows and street fairs.  I had formed a business and gotten a license.  I was achieving, living, moving forward with bright prospects.  Dreams were coming true.  Goals were being accomplished.  I was happy.

When I saw this, I saw that I had done a disservice to my friends.

I never gave friends the opportunity to try their skills.  We all knew I could do it better, so why let someone else try?  Wow, what a revelation.

I believe what was going on with my friends and family was that they not only didn’t understand, but they literally had no idea how to go about giving a hand to the woman who could do it all.

They were frightened and didn’t understand.  Those were the facts.  But they weren’t bad people.

I eventually forgave them.  Forgiving is powerful.  It relieved me of resentment, hate and negativity.  Losing those emotions gave way to relief.  The poisons they were causing in my body were gone.

I didn’t call them and say, “You’re forgiven.”  I forgave them in my heart.  They are not back in my life.  They still don’t understand.  But the times we had together are special again.

← Butterflies
How I Rediscoverd the Artist in Me →

25 comments for “I Understand You Don’t Understand”