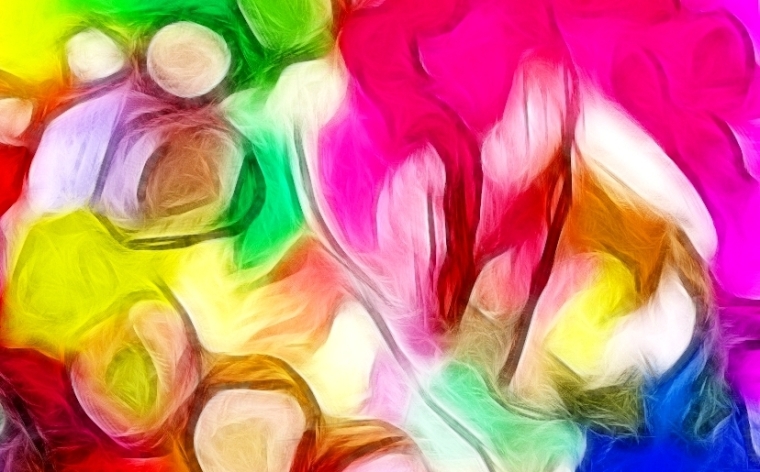 I’m going to talk about what it was like when I first got sick with Chronic Fatigue Syndrome (CFS), Fibromyalgia (FM) and Lyme disease.

FM, CFS and Lyme disease are difficult illnesses to diagnose.  When I first got sick in 1993, there was very little information for doctors or their patients about any of these diseases.

In 1993, my husband and I went to Mexico for Christmas.  While there, I ate some raw vegetables and guess what, got really sick.

When I came home, I continued to not feel well.  I was tired all the time, my head was cloudy and fuzzy and I could barely get myself to work.  Work was awful.  I couldn’t think, I was exhausted and the director was noticing.

The doctor I was seeing at this point knew I was sick, but didn’t have a clue what was wrong. However, he clearly saw I was exhausted and was giving me notes to my employer stating I was to take days off for rest.  Finally, one day I went in to see the doctor, and he said I just couldn’t work anymore.  I knew this in my heart.  But to admit it out loud, to come to terms with it was overwhelming.  I can’t work?  What would I do for money?  What would happen to me?  What was wrong with me? Frightened and scared to death is all I can recall.

This doctor referred me to another physician.

Then the nightmare really began.

He referred me to a really crazy doctor who loved to take blood tests.  Like some kind of vampire.  She was doing all kinds of studies and seemed much more interested in me having some disease she was studying, not finding out what was wrong with me.

This went on for years.  I finally started doing my own medical research.  Thank God, I had worked in and around medicine for years and knew how to do medical research.  I discovered what was wrong.  I had two chronic illnesses (FM & CFS).  It was not until later that a very savvy doctor did tests for Lyme..

Then when I went to a doctor, I would tell him/her that I had CFS and FM.  The doctors’ reactions then were to not believe me.  What’s going on here I thought?  Doctors just have a very hard time listening to their patients to put it mildly.  They hate patients like me with rather vague symptoms that they do not have a pill for.

I finally started seeing a doctor who believed I had organic brain disease.  She was a specialist in pain medicine, which I had a lot of.  She also referred me to a psychiatrist she shared office space with who was just plain crazy.

Between the two of them, I muddled through for several years.

I was a text-book case of CFS and FM.  One just needed to go on the web, put those conditions in Google, and up would come the description of me.  Simple.  Not for these doctors.

Finally, I went to the University of Washington where a CFS study was going on.  Yep, they said CFS.  Duh, I said.  Then I went back to the shrink and pain specialist and advised of the findings.  THEN they believed me.

I was so sick, that to make phone calls to find a decent doctor was pretty much out of the question.  I just could not really use the phone.  It was too overwhelming.  I was too tired and too confused.

Eventually, I just turned all this over to my God, and asked that he help me find a doctor.  I forget how I did it, but I found one that believed I had CFS/FM and who believed I was in pain and needed medication for it.

While seeing this doctor, a clinic came to Seattle specializing in FM/CFS.  I went to see their doctor, and she ran the tests for Lyme.  I was then referred to a specialist, Dr. Marty Ross.  He has treated me for Lyme for the past three or so years.

That is when I really started to get better.

I also took a class from CFIDS & Fibromyalgia Self Help.

This really saved my life.  In that class I learned to pace and use an “energy envelope”.  Doing those two things and treatment for the Lyme has enabled me to start to live again.

I still spend about 80% of my life in bed,  but that is a lot better than it was.

If you don’t have any of these illnesses, you may think my experience was unique.  It isn’t.  A doctor for Social Security once threw papers in my face, I experienced physicians who were rude, inappropriate and just plain cruel.  My experience is about average.  I know of many worse than mine.

Especially when I was first ill, doctors thought these symptoms were those of a crazy person or someone with Alzheimer’s.  Doctors just are not equipped to deal with a chronic illness that has so many symptoms and many of them so vague.

I’m very grateful I finally got help.  If you are in my situation, don’t give up hope.  Find a way to make some phone calls, go on-line, try to find a good doctor.  Take the class I took.  Then things will change.

9 comments for “What Happened When I Got Sick”